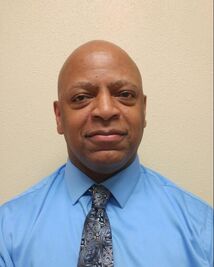 Darrell Ferguson is a Special Needs Paraprofessional in the Onalaska public school system. Darrell is also an actor for the Enduring Families Project. This Project uses reenactments of local African-American historical figures to portray their presence as part of La Crosse’s history. Darrell portrays George Taylor, a La Crosse resident from the mid-1800’s and the first black American to run for president. The photograph shows Darrell in costume as George Taylor. 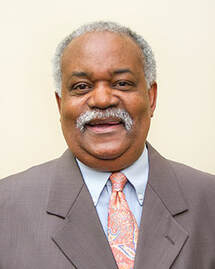 Thomas Harris is Assistant Director of the Office of Multicultural Student Services at UW-La Crosse. 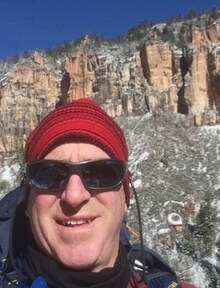 Patrick Lunney has lived in the Coulee Region for the last 30 years. He and his wife Lori have six children, are active members of La Crosse Area Showing Up for Racial Justice (SURJ), and volunteer at the First Teen Clothes Closet.

Pat recently retired after a 28-year career in healthcare where he worked collaboratively with large integrated health care systems on solutions to meet the Triple Aim of improving quality, reducing overall cost and enhancing the patient experience.

Pat is one of the four co-leaders on the Creating a Healthier Multicultural Community team.  He served as a moderator for the recent 2020 Waking Up White Regional Community Learning Collaborative organizational meetings and has been a key part of the Waking Up White steering committee.
​
Pat enjoys skiing, backpacking, mountain biking and being a grandpa to his 3-year old granddaughter. 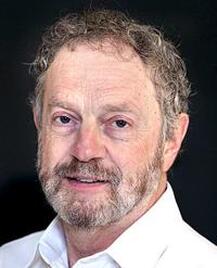 ​Ron Malzer, a retired psychologist, is on the Leadership Team of the La Crosse chapter of Showing Up for Racial Justice. 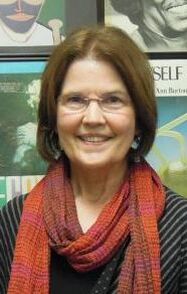 Wendy Mattison, a retired School District of La Crosse drama integration specialist, has facilitated a number of collaborations between the School District of La Crosse, the Pump House Regional Center for the Arts and the Hmoob Cultural and Community Agency for the development of culturally responsive arts/educational projects.  She, along with a team of local educators and Hmong elders, created the Hmong Education Project, a multi-sensory, active learning experience that currently engages over 500 La Crosse 4th grade teachers and students on an annual basis. ​ 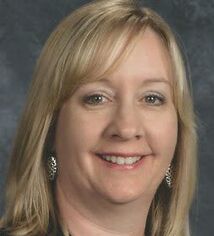 Melissa Murray is the principal at Lincoln Middle School in La Crosse, the district's Supervisor of Cultural & Family Connections, and the developer of the district's Social Justice Educators teacher group and book clubs.  She is also one of the founding members of Showing Up for Racial Justice (SURJ) La Crosse Chapter, and a member of Greater La Crosse Area Diversity Council.

Melissa is married to her high school sweetheart and proud mother of 3 wonderful daughters, who have been very patient and very direct with her on her journey through understanding her role in dismantling her own racist thinking.  She is honored to be included in this steering committee for the critical work being done in La Crosse and the surrounding areas. 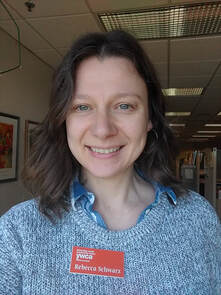 Rebecca Schwarz is Director of Mission Impact at YWCA La Crosse. In 1906, before the nation saw them as equals, Coulee Region women and men united to take action to help their most vulnerable neighbors and voted to found YWCA La Crosse. For decades, YWCA La Crosse provided programs to inspire girls to grow into leaders of tomorrow, advocate for women and vulnerable populations, and empower women to work toward self-sufficiency. Over 110 years later, YWCA La Crosse continues its mission of eliminating racism, empowering women and promoting peace, justice, freedom, and dignity for all. Its mission is accomplished through the impactful programs of their four Pillars of Hope: Supportive Housing, Economic Empowerment, Mentoring and Advocacy, and Racial and Social Justice. 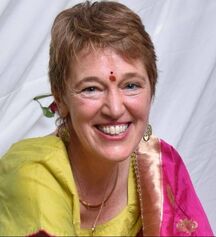 Amanda Strosahl is a member of the Unitarian Universalist Fellowship of La Crosse and of Beloved Conversations Opposing Racism. She is an Internal Medicine physician at Gundersen, the mother of three adult children, and passionate about social justice issues. This picture of Amanda was taken while attending her daughter and son-in-law's Hindu wedding in India. The bindi was placed on her by her new family members in an act of mutual respect and honor. 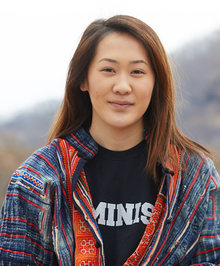 Yer Maggie Xiong is the Social Justice Director at the non-profit agency called Cia Siab Inc., and she was the former Multicultural Advocate at the non-profit agency New Horizons Shelter and Outreach Centers with the Domestic Abuse Reduction Team (D.A.R.T.). Yer received her Bachelor’s of Arts degree in Women, Gender, and Sexuality Studies with a minor in Ethnic Racial Studies at the University of Wisconsin-La Crosse. There, she has been a member and served as the co-chair and senator of the student organization H.O.P.E. (Hmong Organization Promoting Education). As co-chair and senator, she advocated hard with H.O.P.E for a Hmong Studies certificate program that includes language classes, collaborating with faculty and administrators to achieve that goal. Her work as a campus activist and as a former Youth Advocate in the community will help build the demand for those courses so that the university can offer them regularly, and hopefully build toward the dream of a Critical Hmong Studies program at UWL.

Yer was also a  member of Awareness Through Performance (ATP). ATP is an award-winning program that educates the campus community on issues of race, gender, heteronormativity, disabilities, and more, by performing skits written by the members of each year's troupe, often about their own experiences. Yer co-wrote and acted in three: "Asian Mafia," exploring racial experiences as an Asian person; "We’re Here, Too" on the often-marginalized experiences of women of color; and "Sh!t White Feminists Say," challenging white women to take a more intersectional approach to feminist work.

​Yer was nominated by her professors and received the 2018 Student Activist Award from the Wisconsin Institute for Peace and Conflict Studies. She currently resides in La Crosse, Wisconsin, as the Social Justice Director at Cia Siab Inc. She is currently working on grassroot organizing in the La Crosse community and creating conversation with the local school boards on supporting Assembly Bill 34, the Hmong Migration Education Bill to be implemented in school curricula.
To see Maggie's  This is My Experience 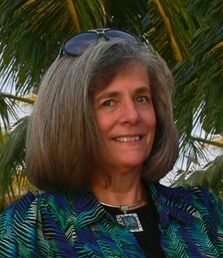 Mary Nelson is a retired physician who has lived in the La Crosse community for over 35 years. She has been motivated to join forces with people who are trying to make a change in this community and the world in part by the reading of Waking Up White. These are her words:

"I consider myself a good person and therefore thought I could not be racist. Because I live in a mostly segregated space, a sea of whiteness, my white-centered ideas of "normalcy" are continually reinforced, and they were the bedrock of my values and judgments. I could not appreciate how blind I was to the lived realities of others. This I think makes me the poster child for the statement that "there are none so blind as those who can not see." Reading Debby Irving's book Waking Up White helped me to realize that I view the world through a white frame and that the ramifications of my ignorance of white culture and history are not benign. I have learned that "not knowing," and its associated passivity, perpetrates the status quo, locking in institutional systemic racism.

This book has brought about a change in how I think, and it has propelled me into acting. It is why I have become involved in both the 2020 Waking Up White Regional Community Learning Collaborative and the Creating a Healthier Multicultural Community Project."
​