Past WuW Recommendations of the Month 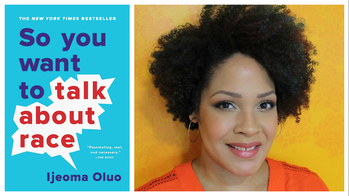 So You Want to Talk About Race by Ijeoma Oluo
The author is a black woman who uses a straightforward honest approach to her book.  It is centered on how to help “people understand race better” and be able to “navigate conversations on race”.
The chapters are constructed around a question such as “What if I talk about race wrong?”, “What is the model minority myth?”, or “Is police brutality really about race?” that might have puzzled readers and perhaps they wanted to ask a person of color.  The chapters will help readers challenge their own views or help to be better prepared to enter into a conversation where their views have been challenged.
We recommend this easy-to-read book as a way to open the door to conversations about racism. 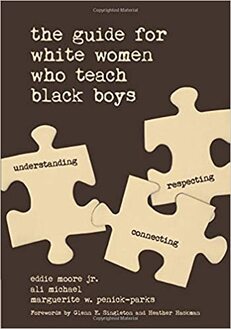 The Guide for White Women Who Teach Black Boys by Dr. Eddie Moore, Jr., Ali Michael, Ph.D., and Dr. Marguerite W. Penick-Parks
Empower black boys to dream, believe, achieve. Schools that routinely fail Black boys are not extraordinary. In fact, they are all-too ordinary. If we are to succeed in positively shifting outcomes for Black boys and young men, we must first change the way school is "done". That’s where the eight in 10 teachers who are White women fit in...and this urgently needed resource is written specifically for them as a way to help them understand, respect, and connect with all of their students.
With Eddie, Ali, and Marguerite as your mentors, you will learn how to: Available At: 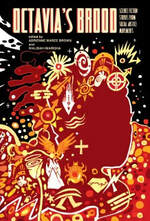 In the spirit of the visionary science fiction writer, Octavia Butler, author of Kindred and the Parable of the Sower, brings together 20 stories that explore the connection between radical speculative fiction and the movements for social change.
​
Where to Find It 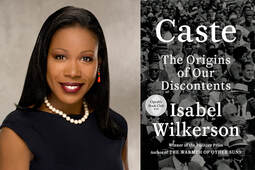 Caste:  The Origins of Our Discontents by Isabel Wilkerson
Isabel Wilkerson’s well researched narrative and stories humanizes our history. Her words reframe the story of our world as it examines the caste system in India and compares this to a similar “hidden” system in the United States. She writes about the cruel logic that a caste system requires a bottom rung in social structures for those in the middle to measure themselves against.  Caste systems are not about our feelings or morality but rather is about power-which groups have it and which do not. 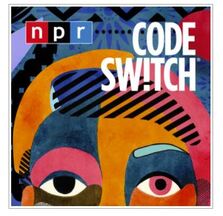 Code Switch: NPR Podcast
Code Switch Podcast features conversations about race with co-hosts Marisol Meraji and Gene Demby. We hear stories from their lived experiences while they explore how race impacts all aspects of our lives including politics, music, sports, history and many other areas. Favorite episodes are: “Complicated Role of Black Leaders in Shaping the Criminal Justice System” and “Hip-Hop, Mass Incarceration and a Conspiracy Theory for the Ages.”

​This Land is a podcast that follows the United States Supreme Court case Sharp v. Murphy. The case centers around the treaty rights of five Native American tribes who owns nearly half the land in the State of Oklahoma. Over the course of eight episodes, host Rebecca Nagle, a journalist and citizen of the Cherokee Nation, follows the many threads of the case and digs deeply into many native issues. Her work shines a light on how the United States has sought to chip away at tribal sovereignty both historically and in current times. In doing so, Nagle calls on listeners to learn about the issues that native people are fighting for and support them in these struggles. 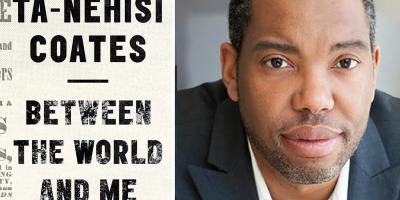 Between the World and Me by Ta-Nehisi Coates

​“Visceral”. That’s the word author Toni Morrison uses to describe the Ta-Nahisi Coates’s book-length autobiographical essay “Between the World and Me”. If you are white and read Coates’s book, as I urge you to do, you will be invited via intense and poignant writing to see the world through his eyes, to acquire a sense of what it is like to navigate  the world in his dark skin, and to feel at least in part what he feels living among the creators of  America’s system of oppression, whom he labels  “those who think they are white.”
Coates grew up in an oppressively poor neighborhood in Baltimore, an experience that made him and left him permeated with fear.. Surviving the streets there was a matter of toughness and learning the street code, a set of challenges that Coates indicates he met just well enough to be here to tell the story. Living a life of knowing which street corners must be avoided at all costs, Coates spent his youth also having to worry that an encounter with law enforcement could also bring an end to his life.
Coates’s life was given shape and purpose at what he calls “The Mecca”, Howard University, where the cultural experience had more salience for him than the academic one.  It was there he learned to savor the beauty and diversity of Blackness, he writes, and where he was launched on a career path that focused first on poetry, then on narrative writing.
Coates uses his power as a writer to invite a white readership to share in his modulated rage.  In a writing style that demonstrates how ugliness can be conveyed with elegance, he drives it home that the American Dream was built on the backs of slaves, and that the “plunder” of “the black body” continues to this day, albeit in other forms.
As Coates describes the death of Prince Jones, a Howard acquaintance of his shot to death by the police in Prince George’s County, Maryland, I found myself in deep admiration of Coates for how he maintains his discipline as a writer, instead of becoming a bomb-thrower.
“Between the World and Me” is presented in the form of a letter to Coates’s 15-year-old son, ostensibly an extended version of “The Talk”. There is much pessimism in his worldview, while his fierce love of his son shines through clearly. Coates tells his son that the struggle against oppression may fail, and that the arc of history may not bend at all toward justice, but that the struggle at least allows one to live an authentic life.
As a white male living on the other side of the racial privilege divide, I feel grateful that Ta-Nehisi Coates invited me into his world with “Between the World and Me”, and that he used his extraordinary gift with words to paint a picture of how the evil forces of racism and greed threaten us all. 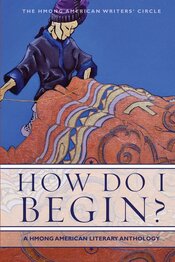 This diverse collection of short stories and poetry was intentionally composed by young Hmong writers, mostly from Fresno, CA, seeking to fill bookshelves void of Hmong literature, stories and poetry. These Hmong American writers earnestly make visible the tumultuous transitions that emerged from their decades long, shifting cultural landscape. Laying claim to their place in literature, they share their tender memories, heart crushing losses, and uneven tensions experienced while seeking new life pathways. Writer, Soul Choj Vang, plants the seeds for this anthology:
How do I begin my song?
Where do I enter the chorus
when my part is not yet written,
when the conductor won’t point
my way?

Recommended selections by Soul Choj Vang: Here I am and The Last Drops.